Djurovic’s stone sculptures were created almost without any processing at all, featuring stones in their rawest and most organic state — offering an example of how we can make use of stone waste that is often thrown away. Levete and Hägg’s sculptures, on the other hand, resulted from the meticulous use of a technique called “water cutting,” which produced new qualities, textures, and forms that are unusual for stone — including soft arcs and waves.

Amanda Levete’s series of sculptural objects were formed by deconstructing a large block of marble into a complex set of smaller pieces. The shape as a whole was inspired by the calcite crystal structures that compose the rock, and ultimately give it its resistance. The result is a sequence of pieces featuring different shapes and dimensions — but that which when brought together, unite into one complete original form. When used individually, these pieces can serve as seats, small tables or decorative elements.

Mia Hägg’s bicycle rack was conceived as a series of X-shaped pieces designed to be disseminated into public spaces. “X” presents itself as a resistant project through its shape, but also through its underlying message, which is political at its heart: we should all bike more and drive less, since this sustainable form of transportation comprises a more ecological and conscious lifestyle.

Guta Moura Guedes is co-founder of the cultural non-profit association “Experimenta”, created in Lisbon in 1998. Since 1999 she dedicates herself to directing and programming the Biennale ExperimentaDesign being co-author and Director. She is also curatorially responsible for each project the association promotes since its creation, as well as for the management of the association’s institutional and international relations, for its communication and strategic development. She is Chair of ExperimentaDesign Amsterdam Foundation, created in Amsterdam in January 2008 to develop the Dutch edition of the Biennale ExperimentaDesign. She is also currently in charge of co-curating a cultural programme for La Gaité Lyrique, a new cultural venue in Paris opened last March and is a communication consultant for the Music Department of the Calouste Gulbenkian Foundation and she is currently hosting a tv talk show entitled “ Cidades Visíveis (Visible Cities), focusing on culture and creative practices in contemporary urban contexts. In 2009, she was in charge of the coordination and strategic design of Algarve Contemporary Art programme. This fall she will launch her collection of defining designers from Lisbon and Porto on the Adorno platform.

For Álvaro Siza’s “Banco de Jardin,” a chaise-longue composed of two contiguous pieces with purified forms reflected the clarity of the stone selected – the whitest marble in Portugal. This chair is ideal for use in public spaces, as its mechanical resistance enables an optimal response to intensive use. It also stresses the importance of architecture as a stimulus for enjoying exterior spaces, both urban and rural.

Categories: Project of the week
Subscribe to our Editorial Newsletter and stay up to date on Contemporary Collectible Design: 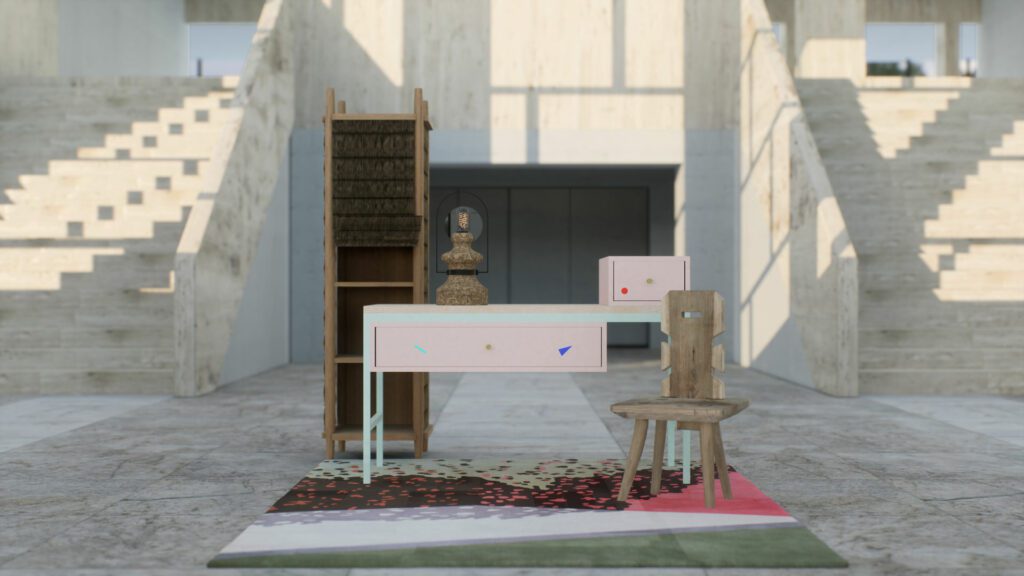 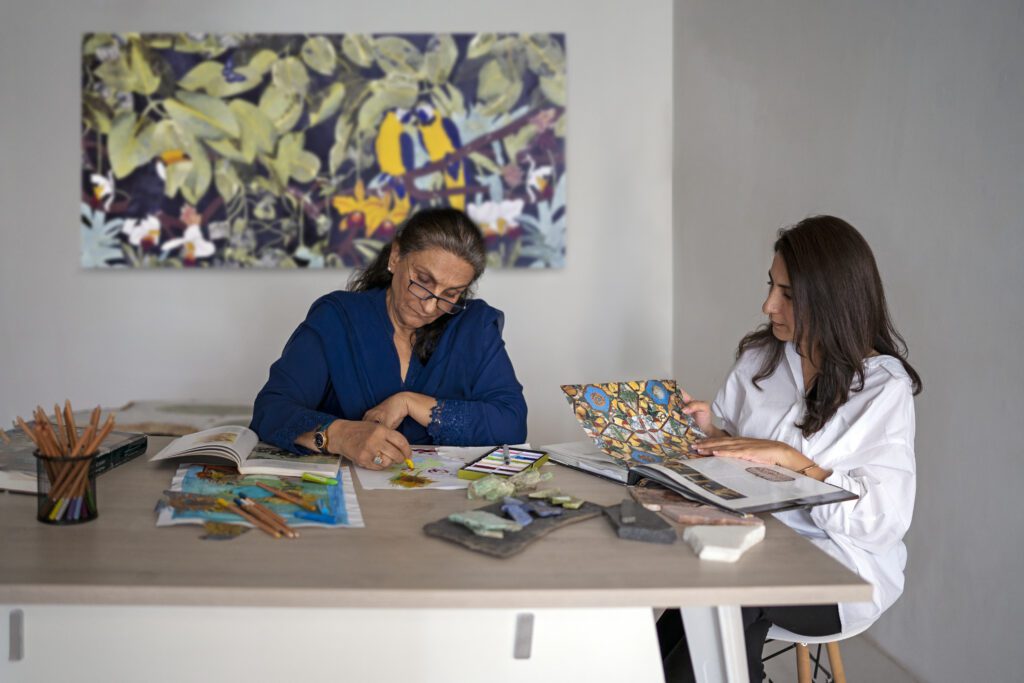 Studio Lél, an artistic collective based in Peshawar, Pakistan, focuses on the art of pietra dura, a technique of inlaid stonework dating back to Ancient Roman times. In collaboration with local craftsmen and refugee artisans, Lél works to preserve this tradition, translating it for contemporary audiences.