AuchKatzStudio, a French design studio established in 2017, works to combine art and design in favour of functional art and sculptural design inspired by minerals. Founded by visual artist Elsa Belbacha-Lardy and object designer Thomas Thibout, the studio works at this experimental intersection, creating brightly coloured pieces which make use of their individual artistic strengths.

The duo’s resin-based and 3D printed pieces are often inspired by post-apocalyptic science fiction and future thinking, with each inspiring contemplation on the notion of temporality as well as the intersection between the mineral and organic worlds.

The ChanChàn collection – including the ChanChàn Chandelier – is made up of twelve 3D printed parts. Each piece is covered with a layer of mastic – an aromatic plant resin – which creates a unique, fluid composition. The glossy, duo-chromatic paint plays with the light source, transforming the chandelier into a hanging sculpture to contemplate.

With its textured surface and otherworldly form, it speculates on a future world and is inspired by a Pre-Columbian civilization. The ChanChàn Chandelier is a handmade design and is modelled spontaneously in a virtual matter through 3D printing.

The chandelier is a unique piece produced in three editions, each signed and numbered.

AuchKatzStudio was previously featured in “Matérialité“, a collection curated by Stephen Markos during Paris Design Week in September 2022. For this collection, they presented their “Rubis” and “Jaspe” Stools as well as their “Fomes Fomentariu” Shelf, three pieces which similarly illustrate the studio’s mission to integrate the realms of functional art and sculptural design.

View all available works by AuchKatzStudio >

Categories: France, Project of the week
Tagged: auchkatzstudio, French design, materialite, piece of the week, resin
Subscribe to our Editorial Newsletter and stay up to date on Contemporary Collectible Design: 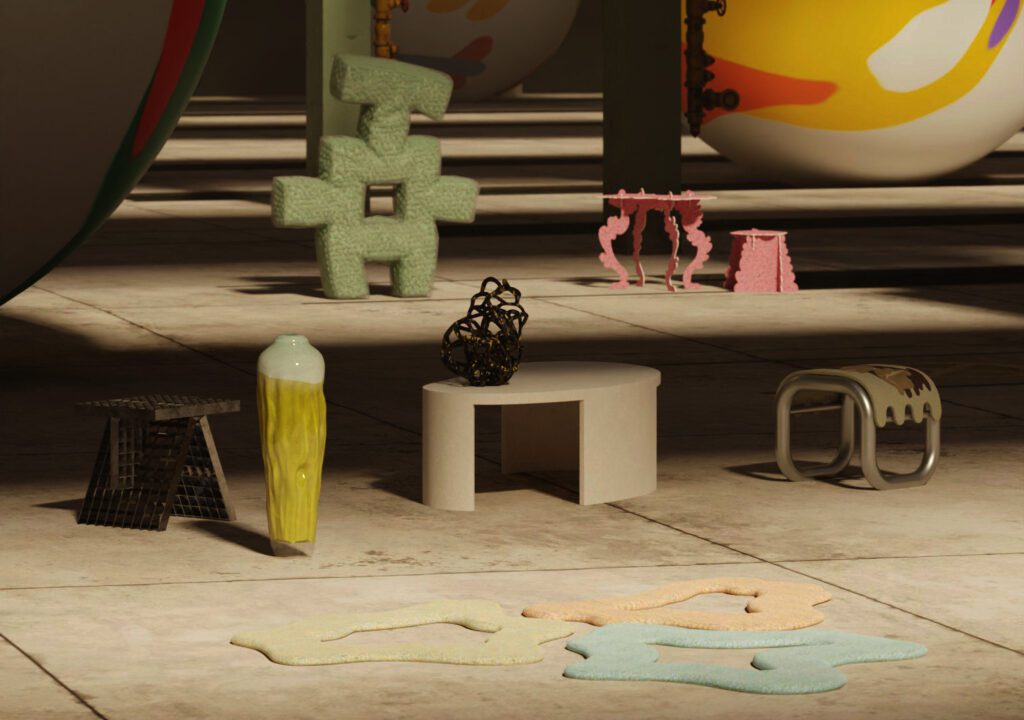 Presented in partnership with Southern Sweden Design Days and Form/Design Center, “PROXIMITY” contemplates the notion of interconnection, belonging, and kinship. The collection is visualised virtually and physically at Lokstallarna in Malmö, Sweden. 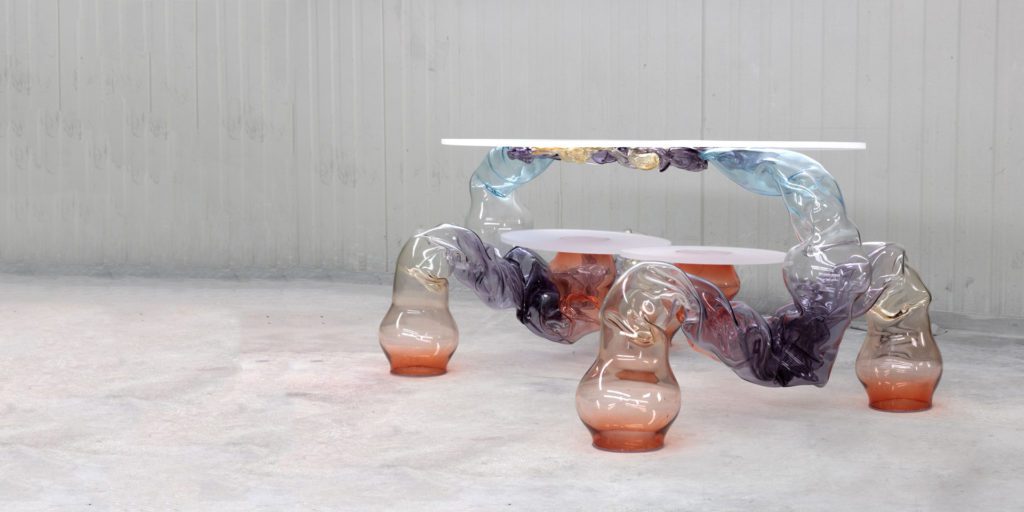 This year, Adorno has partnered with Paris Design Week Factory to present “Matérialité”, a French collection curated by Stephen Markos. 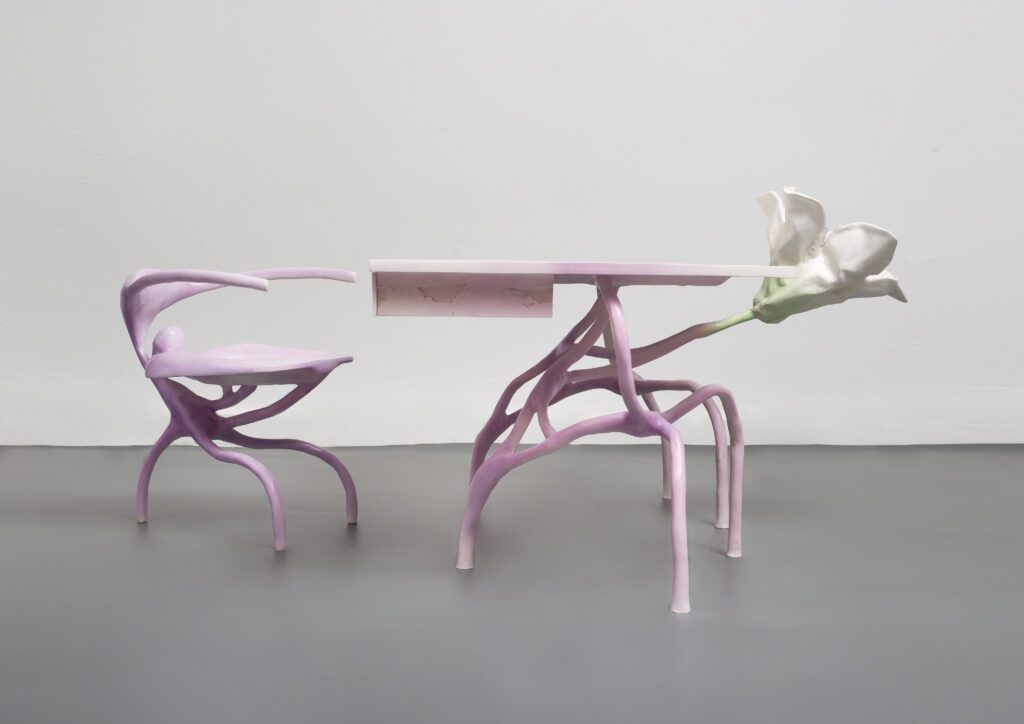 What is it that makes functional art so appealing? Why do so many contemporary artists cross the line and create design objects? Guest editor Teodora Kotseva explores the intersection between art and design, making a case for functional art on the design-art market. 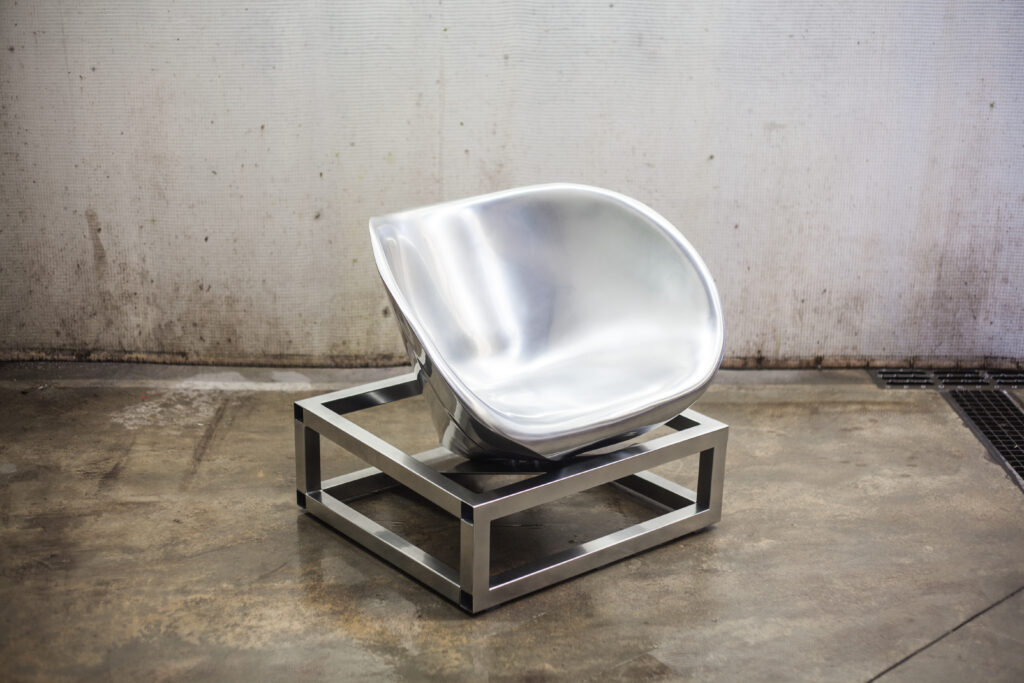 From 8 – 12 September, Adorno presented its statement collection, “Matérialité”, curated by Stephen Markos at Paris Design Week Factory 2021. It was a great…