“I want to make people feel, to make them question themselves, to feel empathy, to feel touched. Light is an emotional transmitter, without borders.”

The need to reclaim the darkness is, paradoxically, the driving force behind the lighting created by Mexico City-based designer Paola Jose. After studying mechanical engineering at the University of Texas and obtaining a master’s degree in architectural lighting design from Stockholm’s Kungliga Tekniska Högskolan, Jose returned to Mexico, founding her studio SOMBRA in 2016. As the studio’s name, Spanish for “shadow”, suggests, it is all about manipulating light “[…] to give awareness to people that darkness is so important in natural and biological cycles and also so meaningful and important to reconnect with who we are,” Jose explains. Fundamentally, her design philosophy is based on eliminating light pollution by prioritising shadows and the night sky, thereby, creating poetic and, at times, deeply personal lighting spaces and objects.

Looking at Mexico’s rich heritage, particularly Mayan culture, the night sky was crucial, even determining the way cities were built. It comes as no surprise that Jose is inspired by this sentiment. “When you look at a pitch black sky, it makes you have this sense of awe, this sense of awareness in the universe that we are all connected yet so small,” the Mexican designer points out. Jun’ichirō Tanizaki’s book “In Praise of Shadows”, stipulating that there is no beauty without shadow, marked the beginning of her fascination with darkness. This is evident in Jose’s design for Mexico City’s Salón Rosetta, where the lighting generates a mysterious yet inviting atmosphere, or the performance piece, “Under the same light” in collaboration with Morena Valdés, exploring the idea that everyone’s perceptions are unique and simultaneously, collective.

“Darkness for me is my space of introspection, it is my canvas, it is a space that I want to share.”

The emotional aspects triggered by the play with light are revealed in Jose’s first collection of luminaries, “Yacaman”, consisting of a wall lamp, floor lamp and table lamp. Named after her father and grandfather, both doctors who have unfortunately passed away, the pieces are inspired by medical lamps acting as a reminder of Jose’s childhood. The creative process behind this lighting series was a sort of therapy for the designer; a cathartic experience that might have been difficult and frustrating, but, eventually, healing. “I think [this collection] connected me more with my father, it was a way for me to honor, to understand him, to remember him. It was my way of telling him goodbye,” she states. With the use of convex mirrors, Jose wants the “Yacaman” luminaries to project a distorted and warm light that expands and travels through one’s space, exuding a healing power, just like Dr Yacaman himself.

“[…] I think this collection really helped me in my process of healing. I think when you have a loss of a loved one the scar always stays, but every time you see that scar you feel love.”

Paola Jose’s “Yacaman” collection speaks for something greater: for the power of the artistic process to help us make sense of the world around us, accept ourselves, grieve the past and find peace. As a designer, Jose’s strength lies in her fearless and critical approach to sensitive topics in a personal and profound way by putting darkness at the centre stage. Her acute awareness of how light and its absence can trigger certain emotional states allows her to create an atmosphere that is both intimate and poetic, ultimately appealing to her audience to embrace the power of darkness in their own lives.

Let the power of light and shadow transform you through the “Yacaman” luminaires, part of ADORNO’s wider curation of contemporary design. Click here to explore Paola Jose’s showroom and purchase her work >

Her work emphasizes the opposition to over-illumination and her constant fight to pursue the power of darkness in the creation of spaces that oscillate between the poetical and the practical, echoing her constant explorations on nocturnal geographies. Her primary interests are the search for darkness in over-illuminated spaces/cities. Darkness has become a luxury, we are so disconnected from this very natural phenomenon that artificial light has taken away from us.

Likewise the past years, loss has become a primary inspiration for Jose’s work. The “Yacaman” collection is the first series of luminaires designed by Jose. The project has a personal and profound meaning: it is a tribute to her father and grandfather, both doctors, brilliant, and both departed. These luminous objects are the creation of a living memory, a memory that will remain present, infinite. 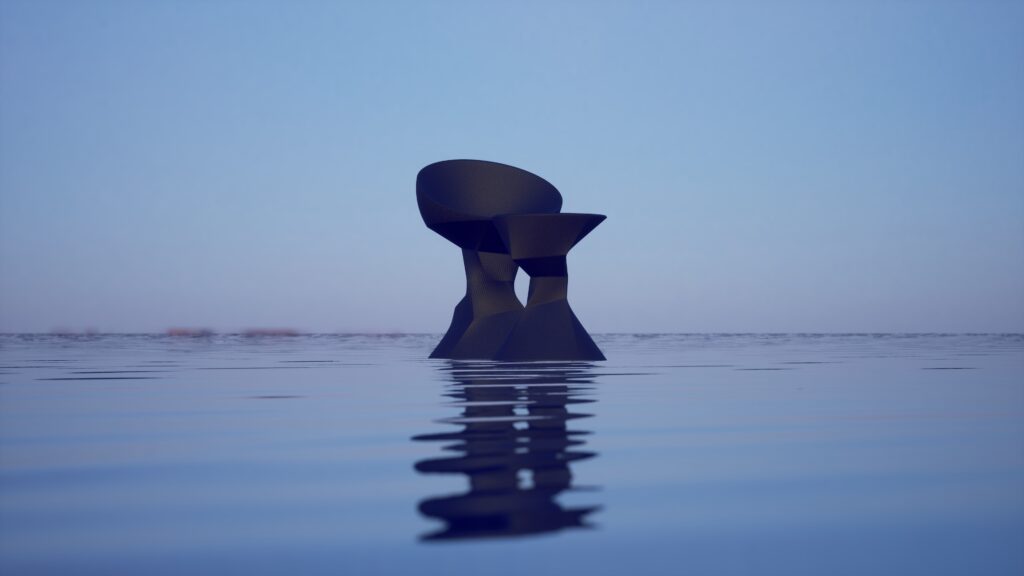 “As a Mexican designer, it is difficult not to be interested in traditional crafts.” Ana Elena Mallet & Pilar Obeso Curators of the Mexican Collection  …