LEVA collection consists of support tables and sideboard. The iron tube structure receives the folded sheet trays, both painted with electrostatic paint. In 3 different sizes and heights, LEVA tables are functional and flexible, as they combine the use of tray and table in the same piece of furniture. The color chart was carefully designed so that both individually and together, the composition is balanced, without being monotonous. Completing the line, we designed the LEVA sideboard, which in addition to the features already mentioned, has perforated sheet baskets that can be repositioned in the structure, creating varied uses and compositions. 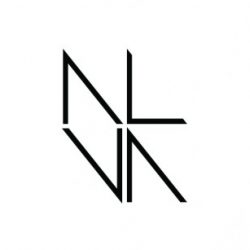 ALVA is a furniture and object design studio founded in 2012 by siblings Susana Bastos, artist and fashion designer, and Marcelo Alvarenga, architect. Its projects result from the meeting of these two visions, the architectural and the artistic. In addition to the usual rationality and functionality, its creations explore the unusual, the new features and an expressive materiality.

ALVA launched its first line of furniture and objects at MADE 2013, in São Paulo.

After this release, it has partnered with Etel Design, a very important producer and promoter of brazilian design, who fabricates and sells some of its creations.

Since its first release, ALVA’s creations were published on several articles on websites and magazines, national and international ones, such as WGSN, Dezeen, Casa Vogue, Casa Claudia, Wish House, AMC, and the french newspaper Liberation.