“Our society’s current relation towards nature
is an endless source for reflection.”


Perhaps in our obsession with creating a world of objects made by us for us, we’ve left behind a crucial part of ourselves, a world that was not made by us but yet still for us in its own way. Is it really feasible for us to be happy in a world where we use naturally growing mushrooms on treetrunks for shelves, or spend ages searching for the perfectly shaped boulder as a life-long stool? Or what about how we use these naturally sourced objects, if we were to convert all of our plastic consumption to traditional wood use for example, would this really be better for the environment after all?
As with most things in this world, there could be an alternative golden path, a middle ground, where we can keep a connection to the natural world along with our own domestic world. There could be a way where we nourish our souls and see humanity’s role, as a part of, not inherently separate from the world of natural creation. These designers across cultural backgrounds embark on their own quest for this vital middle path.

Lili Gayman: “After the rain” Vases

In her series of vases, “After the rain”, French designer Lili Gayman utilizes her signature treatment of color to create dewy, shimmering cylindrical stoneware that harks back to lush and diverse ecosystems of their inspiration. Here the designer takes a literal inspiration from the natural world, to deliver a daily reminder of the trees, palms or bamboo shoots of distant environments straight into our domestic environment. 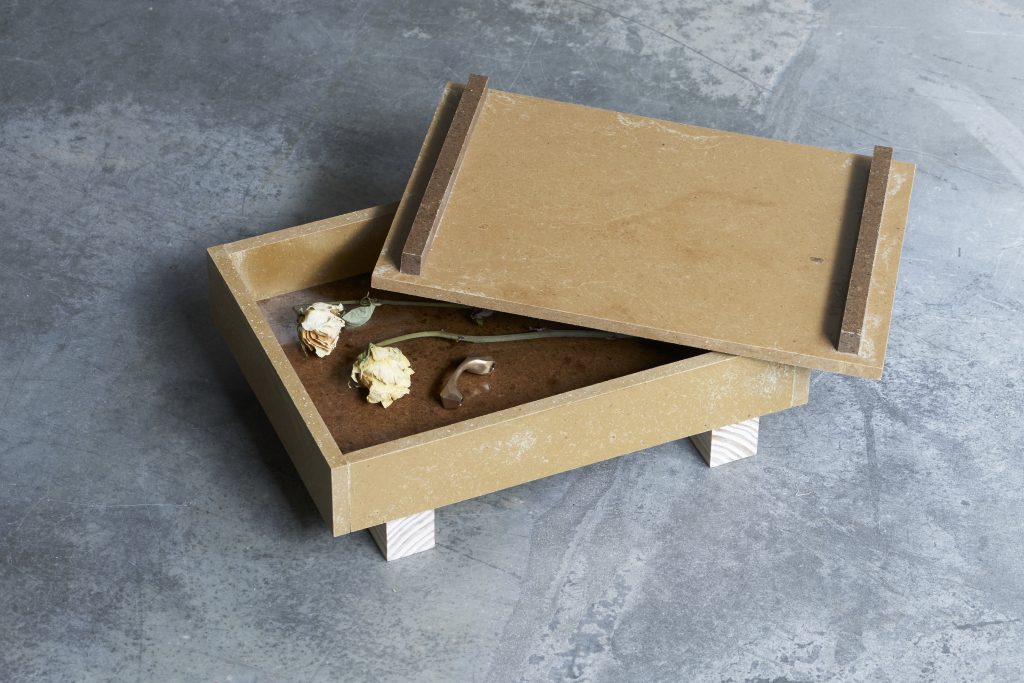 Studio Plastique: “Out of the Woods” N.1

Nature takes its place in the design world not only through literal representations of familiar forms but in designer’s material use. One studio who is currently taking this form of natural material use to new levels is the Belgian duo, Studio Plastique. In “Out of the Woods”, modern society’s disconnect from the natural world takes center stage and a set of boxes made from pine wood, leaves and resin makes us rethink our use from resources from our first domestic environment, the forest.

Two creatives whose main fields of expertise lie in the media world of documentary film making and Television advertising became infatuated with the mystical attributes of raw earth in reflecting a world of their own. While covering social injustice in the Middle East, Zeina Aboul Hosn’s interest was drawn to teh shapes of bottles and expressing these in the powers of Lebanese red-clay, while Marianne’s fascination with the supernatural led her to create the mushroom formations, “Psilo”.

Direct collaboration with and consideration for mother nature is crucial but taking this collaboration one step forward, Ayres MX, works together with local communities and artisans who are the caretakers of their local environment. Their formal language takes inspiration from ancient and local cultures around the Yucatan, Mesoamerica’s cradle of civilization, and highlights the beauty of their natural materials including Guayacán and Tzalam woods, lava rocks and natural leathers.

Coming from a completely flat country of sandy islands, when Danish ceramicist, Gurli Elbækgaard, moved to Norway to study at the Arts and Crafts School of Bergen, the dramatic, mountainous landscape left a lasting impression on her artistic outlook. In her series of objects “Geomorphology”, this rugged landscape comes to life, miniature mountain ranges wind their path across the textured surface while mossy outcrops thrive with shimmering, bubbling springs on anthropomorphic, totemic structures.

In Brazilian designer Carol Gay‘s Crystal Collection, nature takes the first step, immensely long, step in the final object’s formation. Brazil’s rich natural ecosystem and abundance of minerals have, over the eons, resulted in the formation of numerous precious, sculptural crystal formation including amethyst, black tourmaline, and citrine. Gay’s vases pay tribute to this original intoxicating natural structure that is oftentimes overlooked and unfortunately become banal in our collective vision. 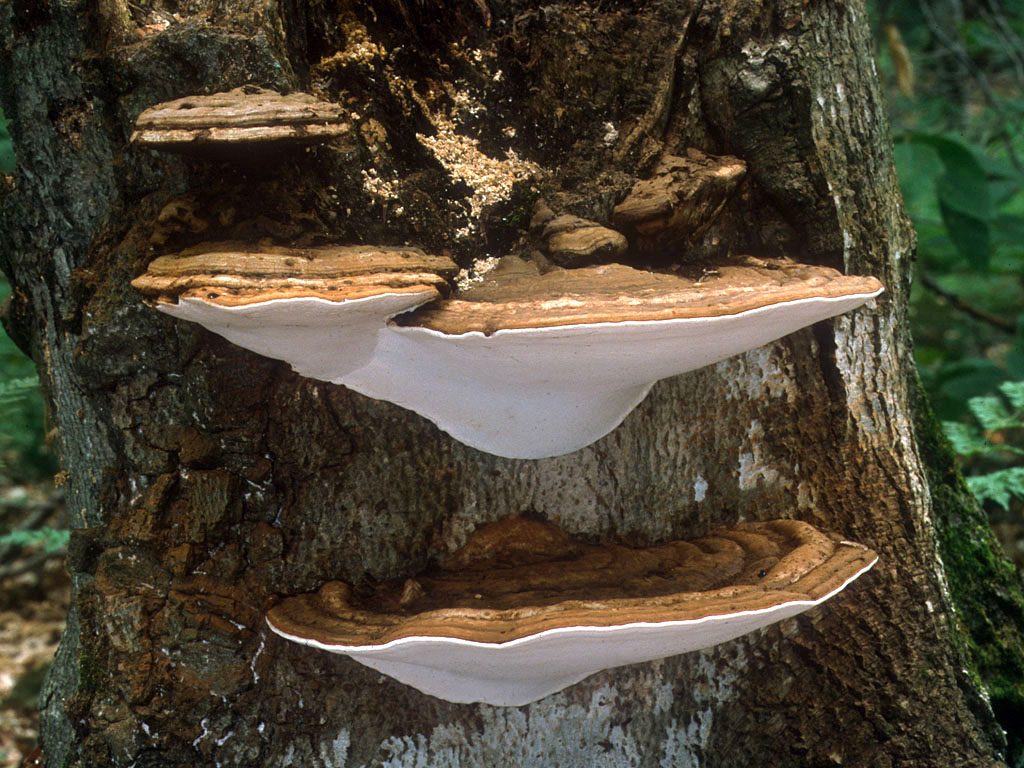 Imagine a world of domesticated fantasy, a home perhaps inspired by Jules Verne’s Journey to the Center of the Earth, as with most fictions you’ll notice some bases in our real, natural world. Imitating natural shelving created by mushroom mycelium on tree trunks, Italian design collective, Rio Grande, brings the functionality and fantasy of the forest to convert marble to fungus formations and pillars or support beams into tree trunks.

While designers take deliberate actions to influence the final form and function of an inanimate object, nature doesn’t necessarily play by the same rules. If through a walk in the forest you stumble upon the perfectly shaped ergonomically perfected boulder perfect for sitting, it was formed completely by chance without zero regards to your comfort. Inspired by this notion of pareidolia, French designer Gaspard Graulich, explores our obsession with projecting meaning where and when it isn’t necessarily there. By casting stone formations from the Fontainebleau Forest, Graulich elevates these natural carvings with glimmering brass fixtures into the world of man’s design. 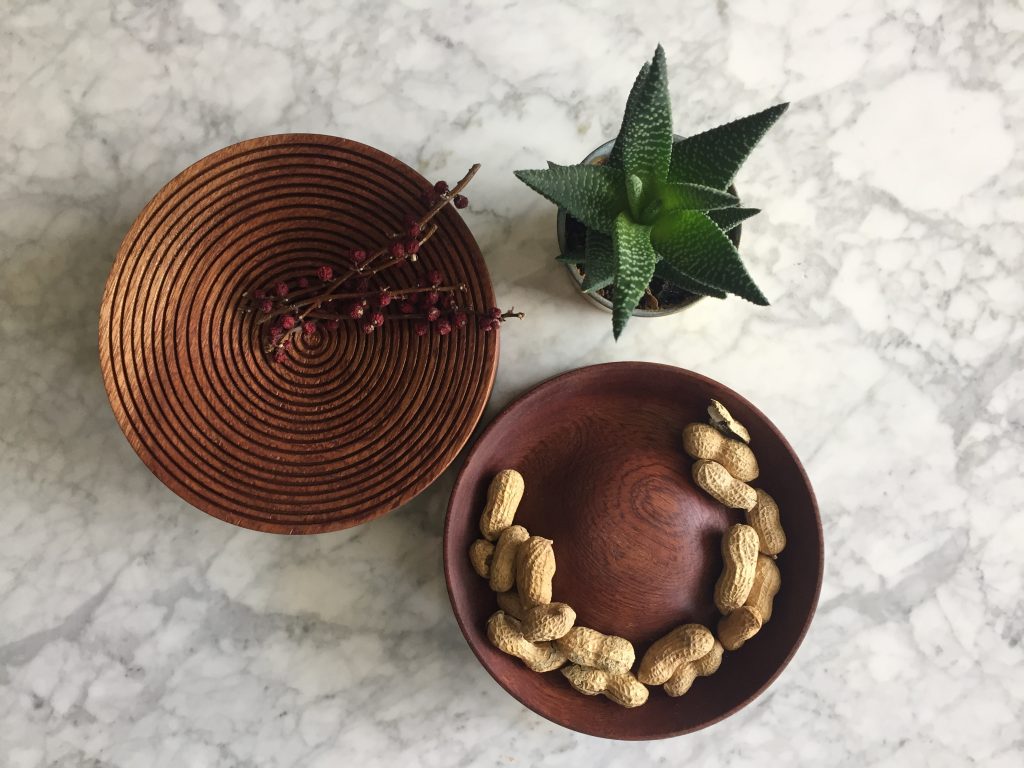 Using wood’s natural flowing nature and winding rings, Turkish designer Özge Çağlayan emulates miniature landscapes such as mountains or hill and natural phenomena like the rings created when a raindrop lands into a body of water. In series of tableware meant for daily use Çağlayan’s works respect the material’s past, in contemporary aesthetics, with a responsible production method fit for future consumption. 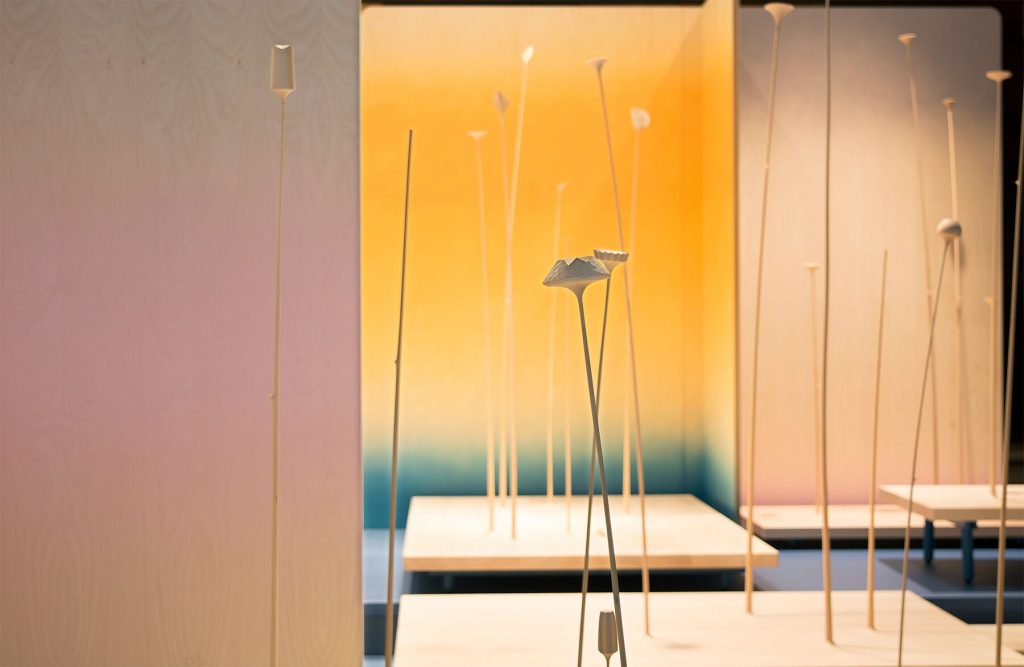 Carving delicate and effortlessly in motion structures out of rigid and sturdy wooden blocks is a time-consuming, highly skilled and creative task. Finish wood-worker, Antrei Hartikainen, is a master of his chosen craft, and in his mission to capture nature’s dynamic shifts such as the changes of the seasons, Hartikainen has perfected his own natural language. In his Kukkii (blossom) floor sculptures, it’s easy to forget that these objects were created in a workshop and not plucked from a dream-like rolling flowing meadow on a calm, breezy spring afternoon.

“As a society, we are not only disconnecting from our natural environment, we are also alienated from what we consume” – Studio Plastique View Studio… 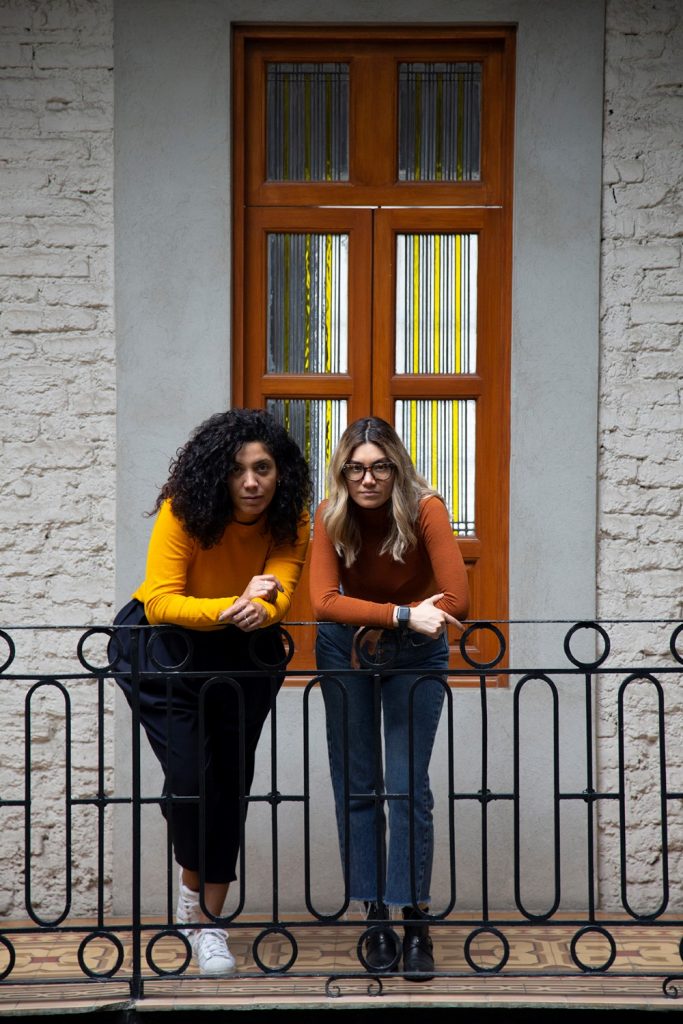 Through their studio, Ayres MX, designer duo Joana Valdez and Karim Molina bring their respective backgrounds in industrial and textile design together to design and create objects inspired by pre-Hispanic culture. 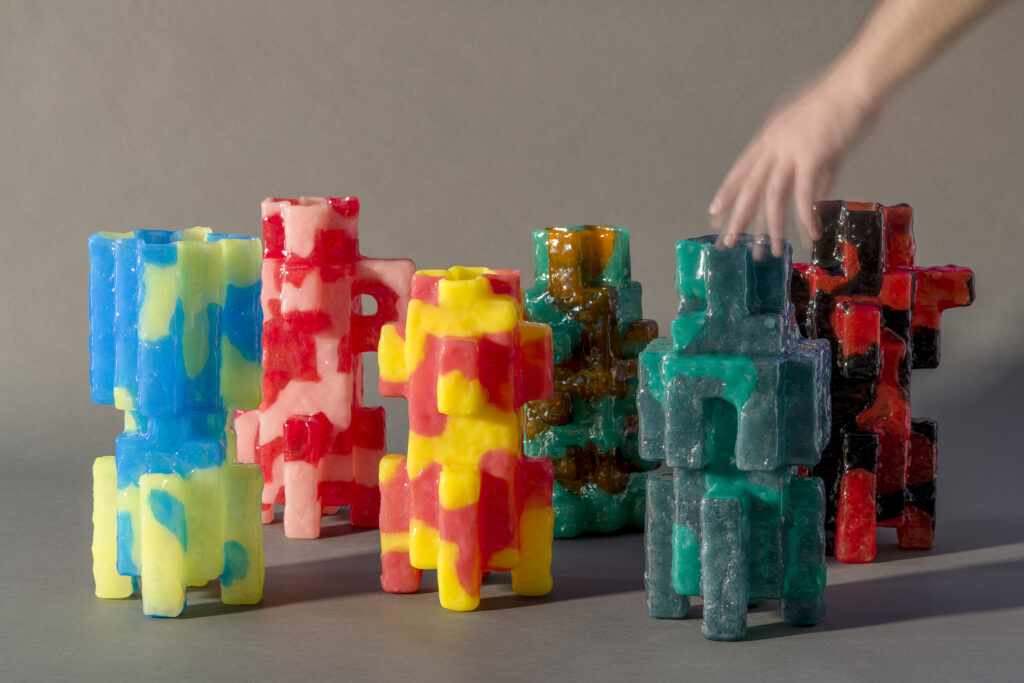 “I don’t want to express my feelings; I want my objects to make people feel their own”  – Gaspard Graulich   “Prélèvement” N.8 & N.1.…