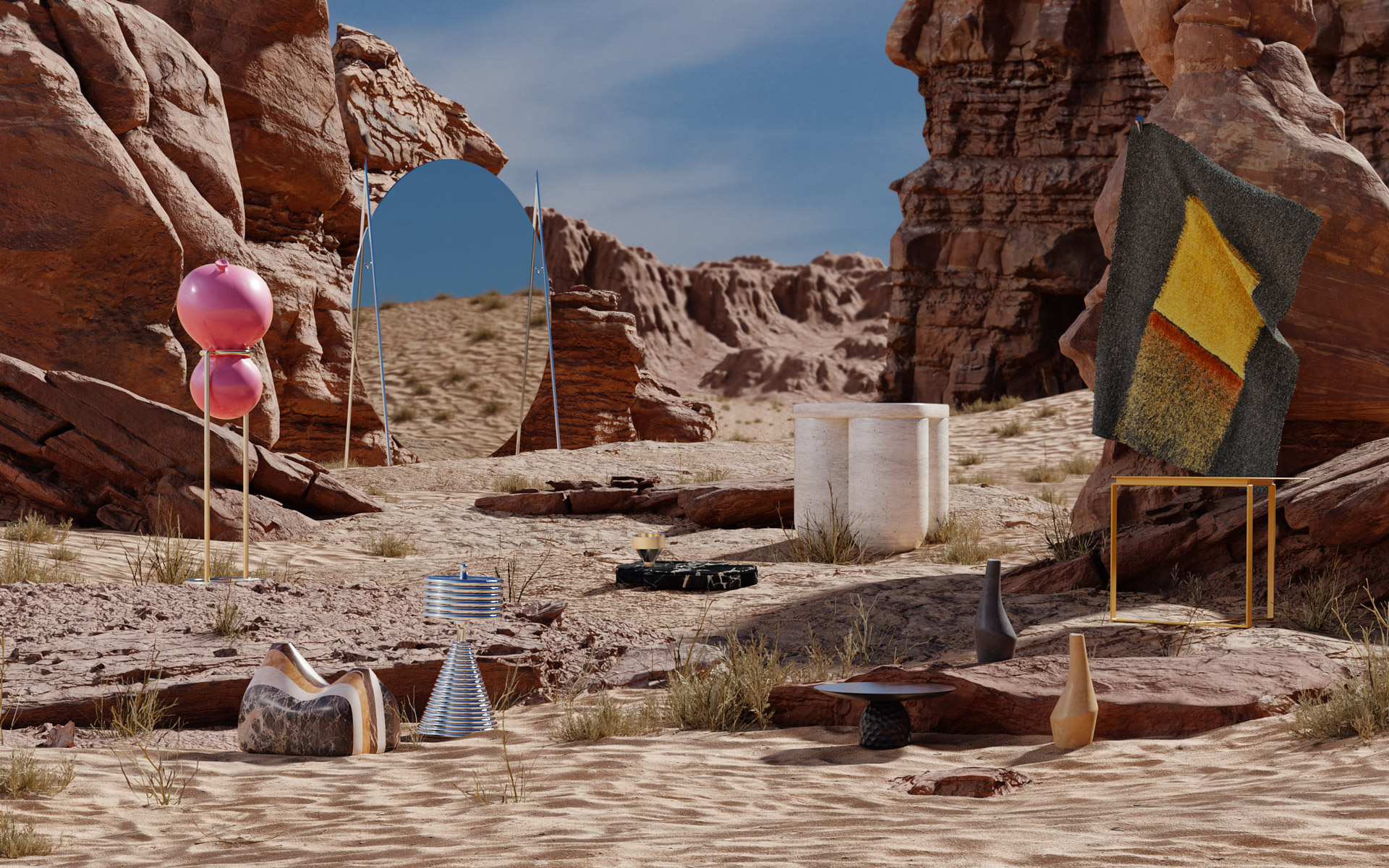 This collection features designers based in Jordan whose works present a form of departure from the traditional to the contemporary. The collection is presented as a voyage into futuristic forms; a dream of the future that is rooted in the earth. It consists of a series of vessels, balloons, capsules, and bodies that are born from an exploration of the earth’s materials, forms, textures, and tones.

Crafts are a testimony of a human’s ability and imagination to manipulate earth materials and shape them. Since the beginning of their existence, humans have used the earth to craft tools, and have used those tools to create more advanced objects. Today, we call this technology. The designers in the collection have used their abilities in crafting material to create lucid and monumental pieces that are at times geometrically balanced, and at times irregular, ragged, and raw. The use of materials such as wool, stone, clay, wood, and folded metals has yielded a collection that is at once primal as well as planetary and other worldly.

Designers in Jordan look around them at the condition of the earth and the sensitivity and fragility of its resources. In the contours and traces of the objects they create, we see a commitment to processes such as the hand-made, the re-purposed, and the locally sourced and crafted.

“Departures”: A New Perspective on the Traditional and the Contemporary in Jordanian Design

Stephanie Dean, 12 Apr 2022
READ NOW
There is currently no shows within this search criteria.