A celebration of the studio’s craft culminating in a variety of objects such as bowls, platters, decoratives, and boxes that speak to audiences both old and young. They combine a mastery of the art form with unique design.

These are handmade from semiprecious stone and marble in a small artisanal workshop. Please note that variations and slight imperfections are part of its design and unique charm.

The “Toucan” Coasters are sold as set of 6. 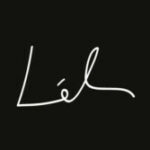 Meherunnisa Asad is a Peshawar-born architect and artist from Pakistan. Asad is a graduate of the National College of Arts, Lahore and Pratt Institute, New York City. On her return to Pakistan from the United States, Asad worked as lead conservation architect at the Aga Khan Historic Cities Program on the Conservation of the Lahore Walled City Project. Asad has an innate passion to promote traditional craft from Pakistan and re-interpret it for the global audience. She has carried Lél from its humble origins to an internationally acclaimed studio that has exhibited at major design shows. In 2019, she was awarded a grant from Karandaaz Pakistan (funded by the Gates Foundation and the Department for International Development DFID) for research and training. From an early age Asad was surrounded by art and design. The fabled bazaars of the historic city of Peshawar were a few kilometers away and many an afternoon were spent rummaging through art galleries and antique shops with her mother and siblings. These childhood experiences piqued her interest in traditional art forms which was further crystallised as her mother engaged informally with displaced Afghan master artisans of Pietra Dura in her garage at home. As the artisans became frequent visitors to Asad’s home, she started to develop a keen interest in not only the preservation of the techniques but also in the stories of the artisans who created these pieces. \"There are still many misconceptions about Pakistan in the west. Many people have a distorted perspective of the country because of what they see in the news. Peshawar in particular is a place that few people would consider a cultural hub. In reality, Peshawar is one of the oldest living cities in South Asia with a Walled City that is remarkably well preserved. Through my practice, I seek to draw the world’s attention to Peshawar’s layered history, its importance in the region and the fine craftsmanship that has existed and flourished here for centuries- encouraging new perspectives of Peshawar within its citizens and from abroad. Moreover, when refugees cross borders, they bring tangible and intangible parts of their culture with them. Making becomes part of the healing mechanism- a belief in something that is greater than and beyond the region\'s sustained conflict and migration. I believe craft has the power to reconstruct identity.\" Studio Lél: Lél is a Peshawar-based artistic collective dedicated to preserving and re-interpreting the 16th century Italian and Mughal art of Pietra Dura also known as stone inlay. Lél\'s work may very well represent the gray space between fine art, design and craft. The art of pietra dura ‒ also referred to as parchin kari in South Asia ‒ originated out of the ancient Roman opus sectile technique, later finding not only its revival but also reaching its highest pinnacle of development in the hands of the Florentines during the Italian Renaissance of the 16th century. To them, this act of the meticulous cutting and fitting of stones into intricate and exquisite forms was synonymous with the act of painting ‒ ‘painting in stone’. Within the century, pietra dura would find its spread extending to Russia, Iran and across the South Asian region, into Afghanistan, India and Pakistan, under the patronage of the Mughals. Lél’s founder, Farhana Asad, became fascinated by the technique of inlaid stonework when she came across an exquisite box in a bazaar in northern Pakistan 30 years ago. She eventually tracked down its maker, an Afghan craftsman who agreed to give her lessons in the technique in her garage at home. Ever since, the Lél artist collective that Asad founded has opened its doors to both local craftsmen and those escaping the war and worked to preserve the craft’s knowledge and skills for future generations. At the Lél workshop, the creative possibilities of the art form are explored further by incorporating other techniques such as the French verre églomisé (glass gilding), the Chinese cloisonné (enameling) and epoxy resins. Its master craftsmen work alongside metal and woodworkers for its art works and designer objects. Lél represented Pakistan at the London Design Biennale 2021 and has exhibited at international shows Design Miami, London Design Fair, Sharjah Art Week and Salone del Mobile. It has featured in publications such as the Financial Times, Vogue, Elle Decoration, Guardian, Asia Society, Harper’s Bazaar Interiors, Forbes and others.