“The ‘New Reality’ for design means a juxtaposition of craft and technology, serial and individual, customised and mass-produced – all of those you can see in the selected items.” 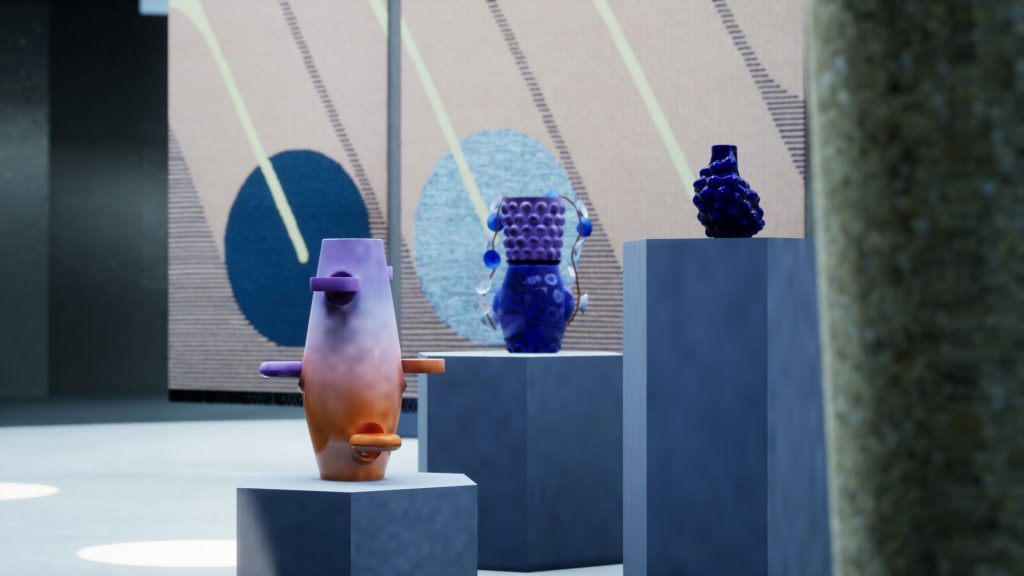 “LIVING OBJECTS” is part of the Virtual Design Destination presented by Adorno at London Design Festival, 12 – 20 September 2020. Join us for a tour of the virtual environment and collection with curator Agnieszka Jacobson-Cielecka in conversation with Kristen de la Vallière of @sayhito_ on Friday, 18 September at 10:00 AM BST. “LIVING OBJECTS” was organised in cooperation with the Adam Mickiewicz Institute and in partnership with Kielce City and Marcin Kamiński Bartosz Bojarowicz Architekci s.c.

Enter into the newly reopened Kielce bus station, with its futuristic, UFO-shaped architecture reminiscent of both its past and present, melding its 70s aesthetics with the unique contemporary design pieces is hosts. Drawn to the centre of the circular foyer, we encounter pieces which reflect this play between past and present, craft and technology. Reflections of the design processes utilised by those that came before them is evident in the traditional techniques, materials, and forms presented. A strong artisan and craft tradition has realised the contemporary Polish design scene, with designers drawing from local resources and initiating collaborative projects for their own work. Walking around the central dias, the meeting of heritage, foward-thinking practices, and passion for design is made abundantly evident, reflecting the unique architecture of the space itself.
The Polish collection, “LIVING OBJECTS”, curated by Agnieszka Jacobson-Cielecka, brings together past and present, exploring how artisanal knowledge is continued through contemporary approaches to design. From traditional techniques to futuristic forms, each piece speaks to the influence of earlier Polish craft and portrays an interest in creating an innovative future. The collection champions unique methods of creation, as in Arkadiusz Szwed’s porcelain pieces created in an analog, pseudo-3D printing manner and Anna Bera of The Whole Elements’s wood pieces freely carved without limitation; graphic colours and forms, as in Malwina Konopacka’s expressive ceramic vases, Mari JJ Design’s interactive porcelain vessels, Pani Jurek’s bold ceramic lights, and UAUPROJECT’s bio-plastic based vase; and traditionally-derived designs, as in Monika Patuszyńska’s hybrid-style porcelain pieces and Tartaruga Studio’s sustainably produced rugs. Though their methods, forms, and practices differ greatly, the designers presented in this collection come together to explore the intersection between design, technology, and craft as they move towards the future of the Polish design scene.
“LIVING OBJECTS” features work by Arkadiusz Szwed, Malwina Konopacka, Mari JJ Design, Monika Patuszyńska, Pani Jurek, Tartaruga Studio, The Whole Elements, UAUPROJECT.

What are the main themes presented across the works in this collection?

Future-past relations (or past as a direction for the future); new craftsmanship; and emotions, gesture as a value of the object.

Which three words would you use to describe the contemporary design scene in Poland? Please describe why.

Local, craft-based, and networking.
Poland is one of the biggest subcontractors for European brands and has discovered its own power and possibilities to offer not only production, but also design. Many new, small brands based on local production are appearing.
Craftsmanship is still present here, rediscovered, but also just well-preserved. Designers, like the ones presented here, are building on this. Young designers work internationally and [prefer to build] teams for a project than permanent studios. 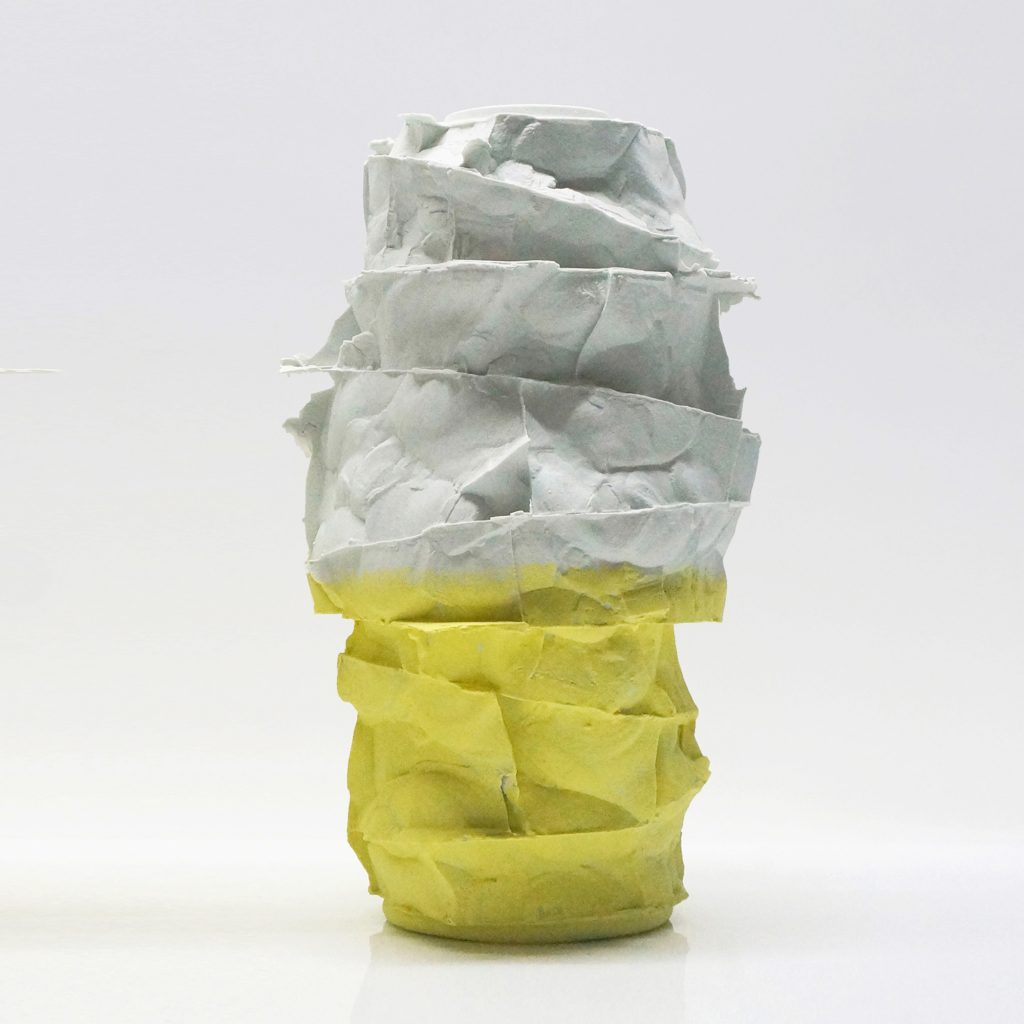 Why have you chosen the scenography of the Kielce Bus Station for this collection?

The Kielce Bus Station (in Polish: Dworzec PKS w Kielcach) was built in the 70s and opened in 1984. It was seen as one of the more modern bus stations of its kind in Poland at that particular time. Recently, it was renovated and modernized and re-opened on 27th August 2020. There are two reasons for my choice: visually this futuristic, UFO-like shape fits the chosen objects [and] the building is interesting and unknown even here in Poland – it is worth being presented to a wider public.

Many of the pieces in “Living Forms” have very unique or futuristic forms – for example, Anna Bera’s “Shape 02” Chair, Arkadiusz Szwed’s “Bumps” Vase, and Pani Jurek’s “TRN Lamp D1”. Which aspects were you most drawn to when selecting pieces for this collection?

I like the tension between organic, random forms, which could happen and cannot be repeated, and the genuine craftsmanship necessary to create them – it means that there is no randomness. It did not occur; it was planned, controlled, and made with a clear intention. [These designers] use traditional ways of making objects which you could do easier and faster choosing another technique, or which could have another form if you follow the rules of the craft. [I was drawn to] this examining of the boundaries of materials and tools, experimenting with forms is fascinating. 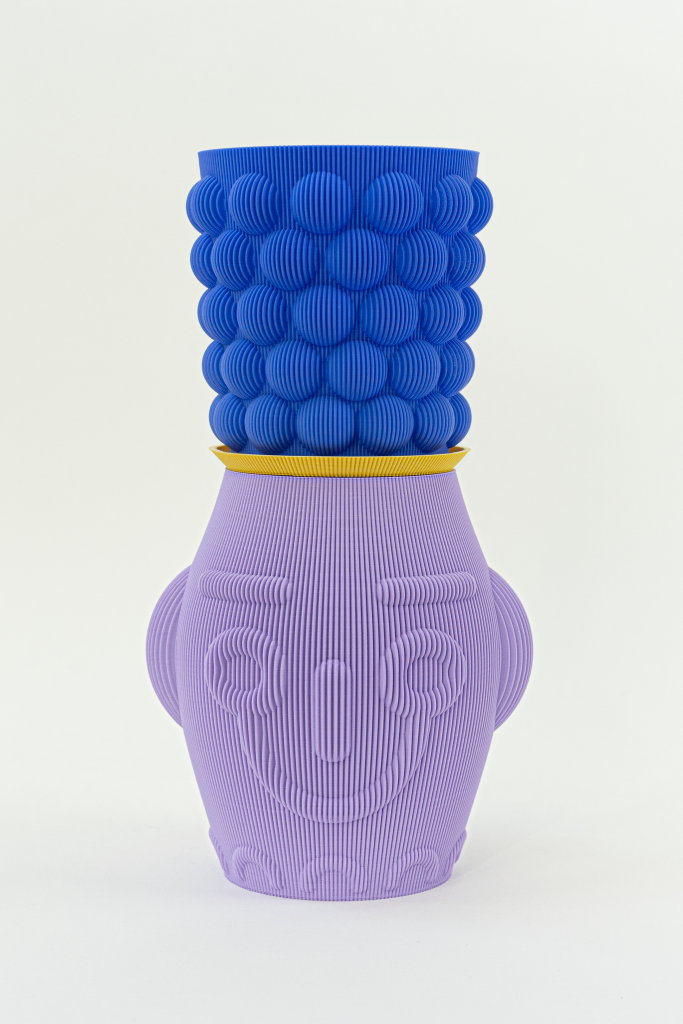 This collection refers to both the past and present and to the relationship between these two design moments. How is this represented in the larger contemporary Polish design scene?

Poland still has traditional skills: weaving, knitting, carpentry, repairing. It is in the air everywhere with slow life movements, but Polish designers can learn it from the older generation. Because it is present all around, it naturally goes together with all the new technologies. There is no opposition or conflict; the past and future go together. 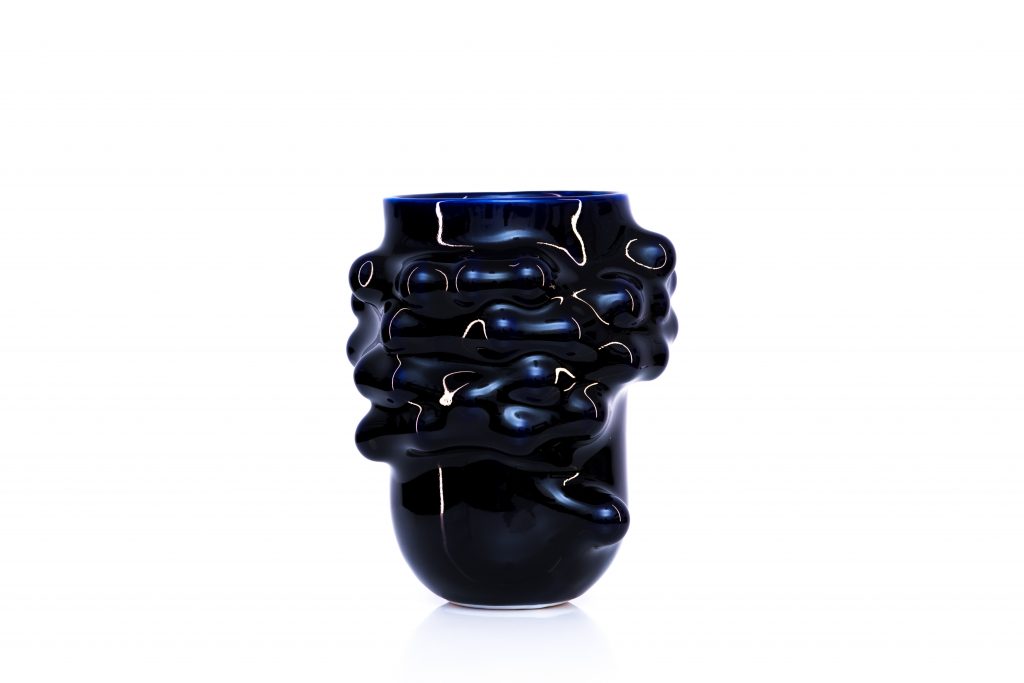 With reference to the Virtual Design Destination’s theme, how does this collection respond to the so-called “New Reality”?

The “New Reality” for design means a juxtaposition of craft and technology, serial and individual, customised and mass-produced – all of those you can see in the selected items. However, this way of thinking, of sourcing from tradition, appreciating imperfectness and the uniqueness of things repeatedly appears. In applied arts and design, it was never so unified with technologies belonging to industry and mass production.
Obviously, the “New Reality” is [also] a way of presenting and visiting the show caused by the pandemic. Is the “Living Objects” collection visiting London or, rather, are visitors from LDF visiting the bus station in Kielce, Poland where the collection could not stand if this new reality did not appear? 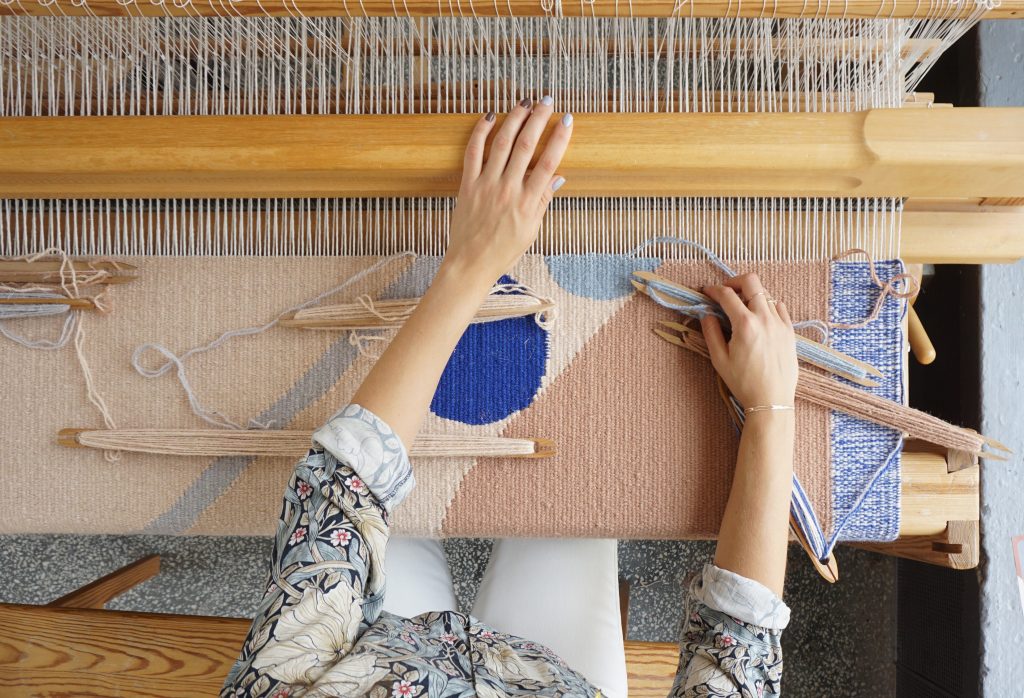 Has your approach to the curation of this collection been affected by the ongoing uncertainty in the world? Why or why not?

Not really or better, not directly. The condition of the world affects designers and what they are doing in conscious and unconscious ways. It is not visible in the real-time, but later on. Probably in two-three years, we will understand better what we can see through objects, what story they are telling. But definitely, this collection has a story, which is local and universal at the same time. 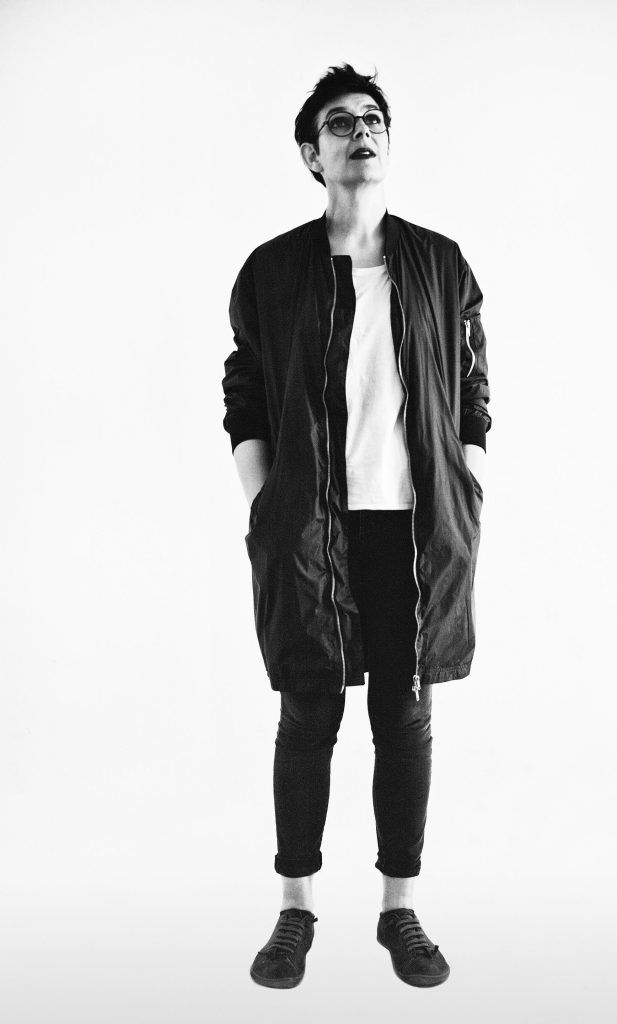 Agnieszka Jacobson-Cielecka is a curator of design exhibitions, interested in the subject of identity in design. Columnist, organiser of various events promoting design, and jury member of numerous competitions. Director of Studies at the School of Form and co-author of the studies’ curriculum. Previously, the artistic director of the Łódź Design Festival and launching editor-in-chief at Elle Decoration in Poland.
Major international exhibitions: Roundabout Baltic, design with a sea view presenting designers from countries connected by the coastline of Baltic Sea; Is Coral a Colour, reflecting on the local sense of colour in Visegrad countries; Common Roots. Design Map of Central European Design. Some exhibitions on Polish design: series of shows entitled Unpolished, Polished Up, and Moderna presenting the work of Polish designers of the transformation era. Polska Folk focused on local sources of inspiration in design.

Which aspects of curating a collection for a virtual exhibition have intrigued and/or surprised you?

I love to think about curation as capturing moments of design. It changes so quickly. I suppose I know the definition of Polish design and, two years later, [the entire] picture has changed. It happened that I have done presentations of Polish design on different occasions since 2009 and I [see a] snapshot at least of four distinct phases. In the last three-five years, my curating was more problem-driven, like colour or material issues, and this selection is so new. There is a new generation of designers and a new chapter in a story of Polish design.

What are you most excited to share (ex. thematically, a piece, a designer, etc.) with the Virtual Design Destination audience?

This kind of question I try to avoid. My likes and dislikes should not matter. But two of them, I would like to stress. One is Anna Bera, who created a wooden space divider and a chair. [She is] trained as a designer, a highly skilled carpenter, and an artistic free mind; she follows her track of creation [and] refuses to answer how she considers herself. Somehow in her boundless and eternal attitude, she is a personification of a designer of a new reality. The second artist is Monika Patuszynska, very different from Bera. [She is] educated as an artist, a highly skilled ceramicist, [with a] free artistic, but research-driven mind. She questions the disappearing industrial heritage of the porcelain manufacturing processes and builds forms for new items using the old ones, broken, left behind, and found in collapsed factories.

To stay up to date on the release of collections, interviews, and news on global contemporary design, sign up to our newsletter below.

“LIVING OBJECTS” was organised in cooperation with:

“The collection is … a small window into the contemporary Romanian design scene, which during this period tries to reinvent itself and to adapt to…

“The common thread is that all of the designers selected are working with different materials in new and unexpected ways. Either through taking traditional processes…

“…To tackle these global challenges, and come up with innovative answers, we need to join hands. Or, as some might say in Belgium: unity makes…