Visualised on the concourse of the abandoned Ellinikon International Airport, “Gran Turismo”, a collection curated by Thanos Karampatsos and Christina Kotsilelou of Greece is for Lovers, explores the existence of a common essence – a notion of “Greekness” – among designers working locally and abroad. Surrounded by memories of another era, the collection reflects on its contemporaneity, highlighting alternative approaches to design and renewed materials within a country full of art, design, and craft history. Despite Greece’s bright and celebrated antiquity, where achievements in architecture, sculpture, and crafts are renowned worldwide, the contemporary design scene is quite small and only recently investigated. With experience as designers themselves, Karampatsos and Kotsilelou do just this, examining the genesis of a contemporary Greek design identity through the diverse work of eleven skilled designers.

What is identity? How is it formed and developed over time? Where is it most visible – in our memories? The spaces around us? In our physical selves? How does it manifest itself in objects to reveal a recognisable face? It is in this elusive and ever-changing notion of identity that this collection finds itself. The selected pieces span a range of media – from tactile ceramic and bamboo, to recycled production wastes, to solid marble – and, though they may seem ill-matched at first sight, they share an important core element: they are all confident in their narrative of a personal story of identity which is either at peace or against the Greek archetype. With references to the past and experimental points of view, “Gran Turismo” speaks to this diverse and evolving design scene as it makes itself known on a global scale.

Which three words would you use to describe Contemporary Greek Design?

Observing the contemporary design scene in Greece and how it has evolved, we would describe it as:

Elegant:
We can’t help but notice an inherent elegance in most of the designers’ work, something which might be embedded in them and a result of their constant encounters with classical antiquity, through sculpture or architecture which are omnipresent.

Resourceful:
Greek designers need to be resourceful on many levels, as the means to produce something are not always clear. In that sense, they have to deal with the fact that Greece does not have a manufacturing industry anymore and must adapt to what is available in means of production. Keeping an open mind on what is possible to be made, they rely on the skills of traditional artisans and makers, who operate on a smaller scale and have a more hands-on approach.

Referential:
Contemporary Greek design often deals with issues of identity, either by directly referencing aesthetic archetypes or subtly hinting its origin through cultural stereotypes. It is still at a stage that is processing the cultural heritage of the home country, therefore quite referential.

What was your process while curating the latest Greek collection, “Gran Turismo”?

Responding to Adorno’s invitation and attempting to put together a Contemporary Greek design collection proved to be quite a challenge. Despite our country’s bright and celebrated antiquity, where achievements in architecture, sculpture, and crafts are renowned worldwide, the contemporary design scene is quite small and only recently investigated.

Our brief was to compile a collection of existing work, so we attempted to put together a jigsaw puzzle of sorts that could narrate a story. “Gran Turismo” is a collection of local and foreign agents, of arrivals and departures, and a neutral place where they all coexist.

Our aim was not to achieve aesthetic coherence. Neither was visual kinship among the designs what we aimed for. On the contrary, we tried to pinpoint the diversity among the studios we chose, while at the same time trying to retrieve the common thread that binds them: the expressive elements that constitute an elusive notion of “Greekness”.

As designers yourselves, how have your backgrounds as product designers shaped how you curate collections?

Being educated in the UK at the end of the 90s, our approach to design has mostly been concept based. Of course form and function are crucial to the end result, but from the beginning, and as our work evolved, having a strong concept behind what we make has always been very important to us.

While curating this collection, but also in general when it comes to appreciating other designers’ work, we believe that having a strong concept always adds value and substance to the end product. Our aim was to present a more intelligent, well executed, and less superficial product design. We are very happy with the way this collection has developed!

Identity – and the elusive notion of “Greekness” – plays an important role in this collection. In what ways can we see this theme in the work of the selected designers and pieces?

There is a diverse mix of designers who are active at the moment, in Greece and abroad. It is still a bit early to talk about a distinct style of Contemporary “Greek” design; however, if we had to pinpoint a common characteristic among them, that would be the presence of an unforced classic elegance that finds its way through.

We would mention “Frieze” by Point Supreme, as it is a very distinct piece of work. It references antiquity as it attempts a fresh, modern take on a classic temple’s frieze. Αt the same time, it consists of elements recognisable from the Athenian built environment and folk decor, incorporating vintage ceramic tiles and embroidered tufts.

Another example is Yiannis Vogdanis’ “T – 0 0 0 1” vase. Again, it has a classic elegance and fluidity, while maintaining the rationale of digital fabrication. With Vogdanis’ work, we always feel that we are looking at traditional craft items of the future.

Kalodromo’s marble “Organ” is a piece of sculpture somehow very akin to the design context. The fact that it is completely hand carved and organic in its execution – Tom Von Kaenel improvises on the form as he goes along – enhances the collection with its freeform confidence.

From your own point of view, what does “Greekness” look like?

Perseverance of a classical aesthetic even when abstract, elegance, and confidence through noble materiality.

As a relatively new design scene, which aspect(s) of the Contemporary Greek design scene are you most excited to share with Adorno’s audience?

Operating as a creative studio in Athens for the last 16 years, we have seen the scene emerge from a nondescript enclave where product design was mostly mistaken for industrial design and mainly performed by architects or interior designers, to a more confident and specialised field of work.

We are very excited to have curated this collection and hopefully Adorno’s audience will be able to decipher the notion of “Greekness” we wish to convey. The end result is a mix of diverse yet coherent body of work, composed of many different materials and techniques, which for us prove the versatility of today’s Greek design scene.

Inspired by the stereotypical notion of what is widely held to be “Greek” (or otherwise to be “a Greek”), their designs comment on habitual activities and behavioral patterns both of the past and the present. Their work refers more to a concept rather than a direct reference to the “old” and the “retro”. Their interest lies upon urban popular culture not only as it has been established in the past but most importantly as it is currently formulated with the intention of (re) discovering those elements that make up what can be called as the “Greek identity of the ordinary”.

Exploring areas widely considered as an anathema, or plain kitsch, they comfortably retrieve aesthetic value and inspiration. Greece is for Lovers operate as a creative studio as well as an own brand continuously working towards the production of limited edition objects. 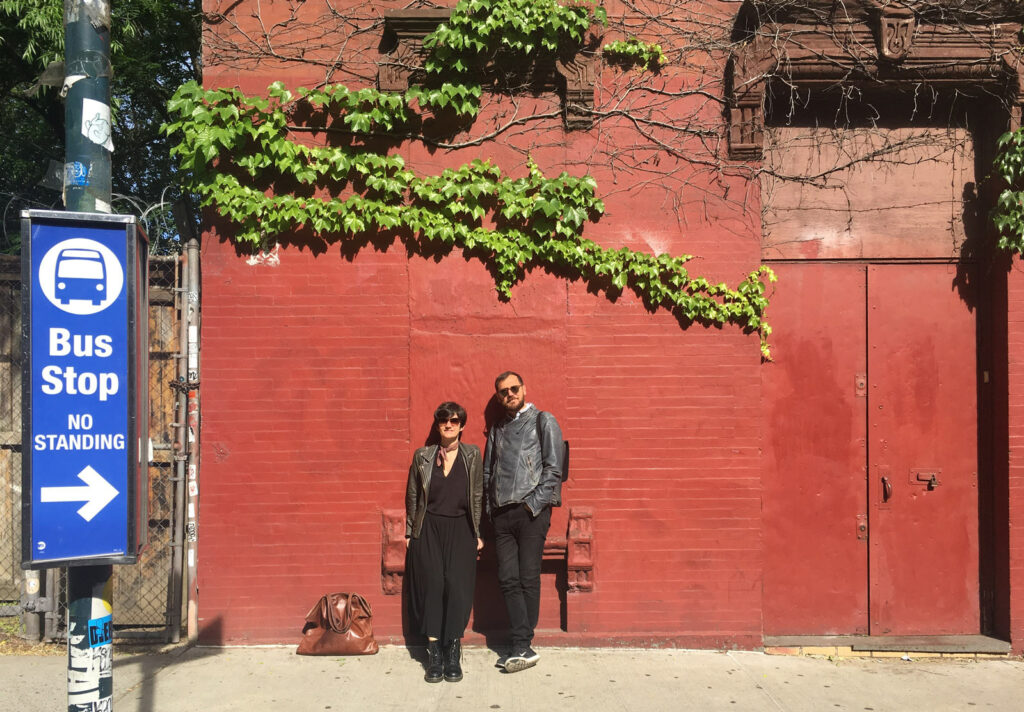 “…To tackle these global challenges, and come up with innovative answers, we need to join hands. Or, as some might say in Belgium: unity makes… 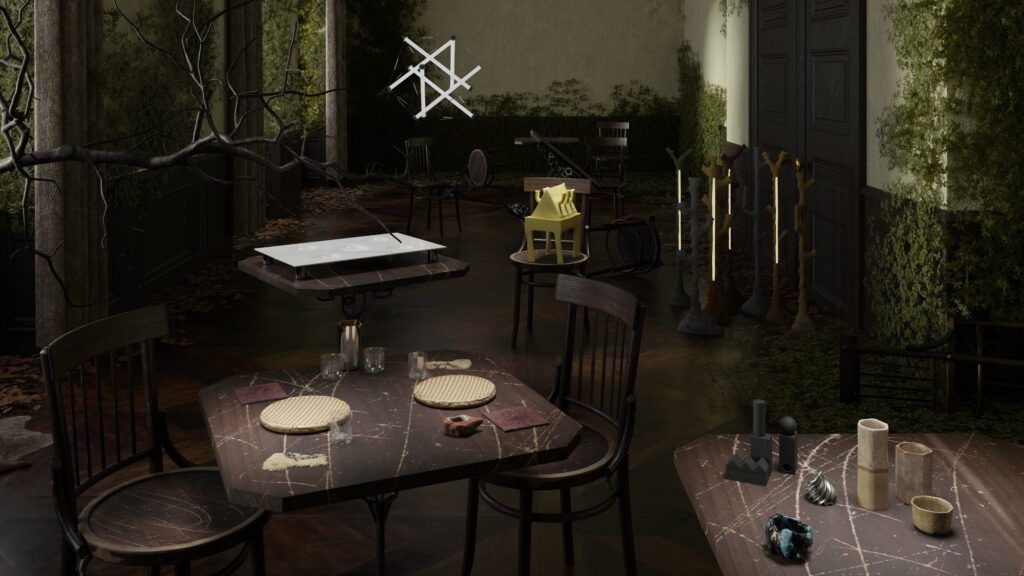 “Our lives are shaped by rituals, which in turn are embedded in the objects we surround ourselves with. [This collection] examines what the core of…